As we go into the holiday season predictions are that by 2010 we won’t recognize America any more… so this holiday message seems even the more important:

A Child is Born

you shine so bright

Upon a World sore-wracked with pain,

Pour out your message now, tonight

Proclaim the re-birth of the One

Who can, alone, make all things right,

Let Nations know there has begun

An era new, this Holy Night.

The start of friendliness and peace;

Let swords to ploughshares once more be

Let us before the Manger stand

In gentle reverence, awe and need,

And let forever, hearts of all

Be filled with love instead of greed.

This is a special time of the year in Haiti. A time to worship and a time to put troubles aside until January 2nd.

There are more gifts and money sent to Haiti than usual but prices for everything in country go sky-high, it has been traditional that people of America and other lands send gifts and money to those mostly forgotten the rest of the year. This year may have less of an impact because of world economic changes… let us hope not.

Haitian law requires anyone who has a job gets a bonus in December equal to one month’s pay. The foreign funds influx changes the exchange rate, meaning that money won’t buy as much, but many will eat better, some will even be able to throw a New Year’s party for family and friends, but for Christmas Eve they will be in the church of their choice thanking God for their blessings and remembering the blessings of the season.

Joy. One of the image that will stand out in the memory of anyone going to a poverty stricken country for the first time is the joy of the people. Amazing as it seems to us, actually it seems that the less “stuff” people have, the happier they really are. They depend on one another more, family is so very important, friendships are sometimes the difference between life and death. May that JOY fill America this year… may we put aside the greed as the poem says and think more about God and personal relationships; less “me” and more “we”.

Christmas Day is planned to be just as hectic, just as joyful and just as full of food, gifts and praise as ever. Most of the Christmas gifts from donors and the fundraiser are in place in Haiti. We have two churches providing cookies that will ship with Roseline the end of November and be frozen until Christmas.

We will give you photos and stories from the party in the February newsletter since January’s will go in the mail actually before Christmas.

Our plans as always will be to put your yearend contribution statements in the mail to you by January 15. Can’t really do it before that since the IRS rules state that all contributions postmarked by December 31 are counted in 2009—meaning we hold the books open in January for those late delivered postmarks.

The Clinic is now becoming too well known… we are having a real challenge keeping up with the supplies to meet the new demands, but how can you turn away someone burned and in pain? Just look at the increases over the past three years… that proportionately increases the amounts of burn cream, gloves, bandaging materials, tape, antibiotics and pain medications...

But the love that can be shared in the time these patients are being cared for is such a special privilege. How better any time of the year to walk in our Messiah’s footsteps than through the loving care to a painful burn.

A very direct, hands-on sharing of God’s love to the hurting, a special place to be in His work.

We are praying that this shipment of food lasts now until the container gets there. As I type we have a 40’ container of food packets and 1,000 cases of powdered formula in Miami waiting to leave… there will be another container picked up in Minneapolis on 11/18 that will follow this one in… these are gifts from Kids Against Hunger and Feed My Starving Children—as long as you supply the average of $11,000 a container for the shipping and trucking we can keep nutritional meals available to the poor, the elderly, the disabled and orphans. To put things into perspective a bit here, that is $108,000 worth of formula—wholesale, and over $40,000 worth of food packets. All for the bargain price of $11,000 for shipping only. 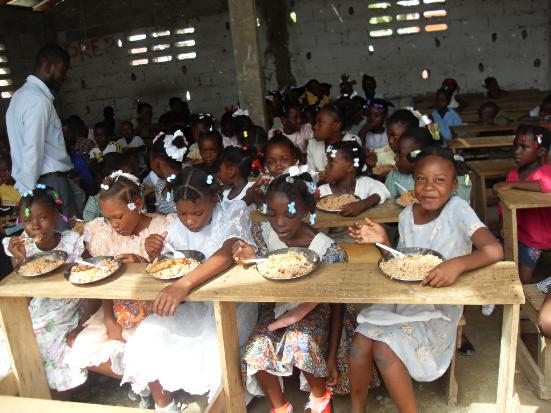 We are seeing e-mails now from people who haven’t been to Haiti for a while and they are in shock at the increased hunger they witness on these trips. The combination of a season of hurricanes followed by bad weather has really started taking a visual toll on the population… now is such an important time to show them God’s precious love… fill their tummies with nutrition and they better hear God speaking to their hearts. 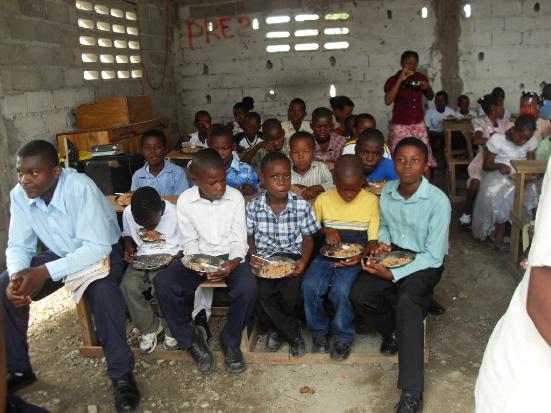 As I final this last message to you dated in 2009, Roseline and I are planning our shopping trip for picking up the last of the Christmas items (hopefully), last minute clinic and headquarters supplies and things that will go down with her on November 25.

Once in Haiti she will start organizing details for Christmas Day. It is a BIG job putting together a party in Haiti for over 500 people but the staff has now done it for so many years that when they click into action it is like… well Don best described it. His last Christmas he was too ill to work so he watched… “when they worked together putting on the party it was like a well oiled machine, every part smoothly doing its job…”

There will be those who kill the calf and make those preparations the day before, the cooking of beans starts in the wee hours of the morning, then the rice… on their plates will be home-baked cookies from Florida and bright colored candies—the drinks will be Vitamin C enriched in bright colors… after they eat they line up for Santa Presume to present them with their gifts—which have been neatly organized by sex and age for faster distribution… by early afternoon everyone left switches into boxing and cleaning and by five o’clock you will never know there had been a party except for the exhausted smiles…

May God richly bless you with His Love, Joy and Peace this Christmas season and always.

In Memory of KATHLEEN ROSS

ment surgery for husband, PETE. He has been

cleared to return to duty as an airline pilot.